Prestressed concrete is a form of concrete used in construction. It is substantially “prestressed” compressed during production, in a manner that strengthens it against tensile forces which will exist when in service.This compression is produced by the tensioning of high-strength “tendons” located within or adjacent to the concrete and is done to improve the performance of the concrete in service. 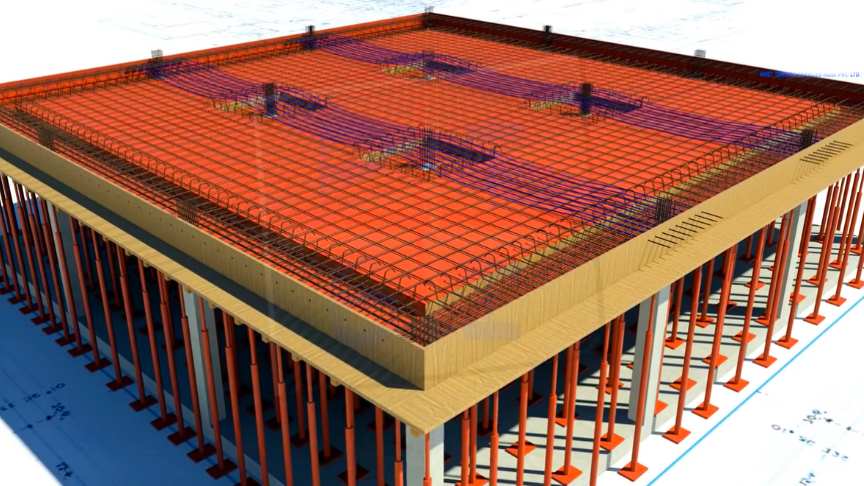 Tendons may consist of single wires, multi-wire strands or threaded bars that are most commonly made from high-tensile steels, carbon fiber or aramid fiber.[An animation movie which illustrates almost all the activities related to mono strand unbonded post tensioning system. An installation, stressing and post construction activities such as making a cutout in the existing post tensioned floor.

Prestressed concrete has developed beyond pre-tensioning to include post-tensioning, which occurs after the concrete is cast. Tensioning systems may be classed as either monostrand, where each tendon’s strand or wire is stressed individually, or multi-strand, where all strands or wires in a tendon are stressed simultaneously.

Unbonded post-tensioned concrete differs from bonded post-tensioning by providing each individual cable permanent freedom of movement relative to the concrete. To achieve this, each individual tendon is coated with a grease (generally lithium based) and covered by a plastic sheathing formed in an extrusion process.The transfer of tension to the concrete is achieved by the steel cable acting against steel anchors embedded in the perimeter of the slab.via/read more: wikipedia