The planetary gear set, also known as the epicyclic gear train, is one of the most important and interesting inventions in engineering. 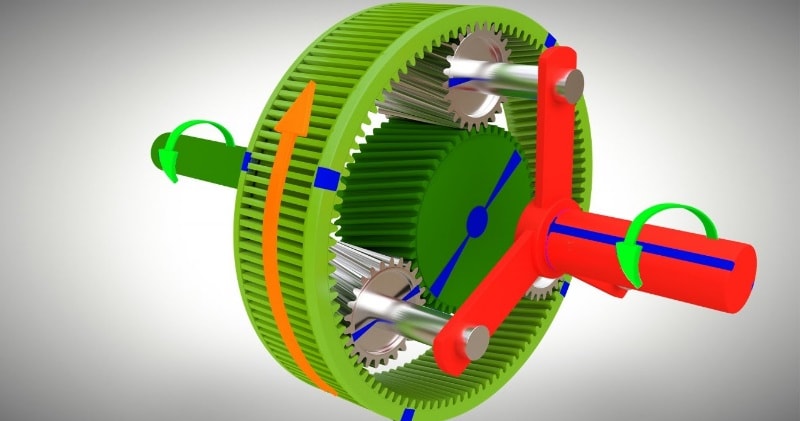 They are great speed variation mechanisms, and are often used in automobiles as a vital part of automatic transmissions. We will explore the secrets of the planetary gear set in this video. Watch the video by: Learn Engineering

The most basic form of planetary gearing involves three sets of gears with different degrees of freedom. Planet gears rotate around axes that revolve around a sun gear, which spins in place.

A ring gear binds the planets on the outside and is completely fixed. As a fact, the planetary Gear Set is much better than the standard gears and pinion reducers. The speed of the planetary gear depends upon its mode of application.