The Uptis Prototype represents a major advancement toward achieving Michelin’s VISION concept, which was presented at the Movin’On Summit in 2017 as an illustration of Michelin’s strategy for research and development in sustainable mobility. The VISION concept introduced four main pillars of innovation: airless, connected, 3D-printed and 100% sustainable (entirely renewable or bio-sourced materials). 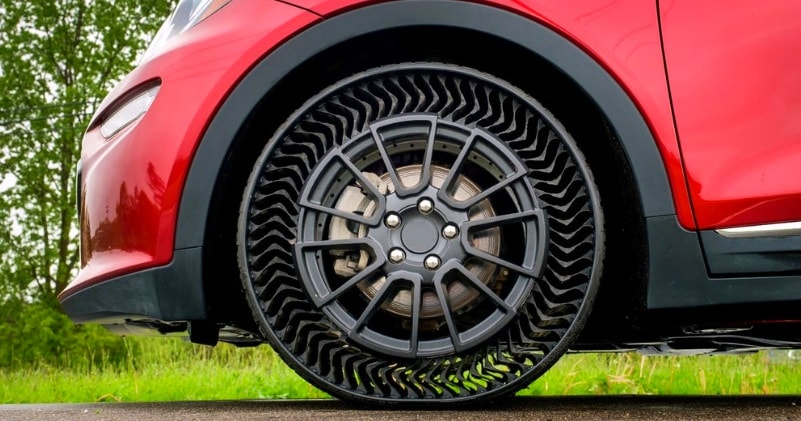 The Uptis Prototype is re-engineered for today’s passenger vehicles, and it is also well suited to emerging forms of mobility. The vehicles and fleets of tomorrow — whether autonomous, all-electric, shared service or other applications — will demand near-zero maintenance from the tire to maximize their operating capabilities.

Michelin and GM also announced a joint research agreement under which the companies intend to validate the Uptis Prototype with the goal of introducing Uptis on passenger models as early as 2024.

The Michelin Uptis Prototype is tested on a Chevrolet Bolt EV at the General Motors Milford Proving Ground in Milford, Michigan. GM intends to develop this airless wheel assembly with Michelin and aims to introduce it on passenger vehicles as early as 2024.