Even if you are a careful driver, one thing is certain, you will probably get a dent in your car or truck at some point.Dents, especially small ones, are not worth losing sleep over. There are plenty of ways to remove them from your car by using common household items such as boiling water and a plunger. 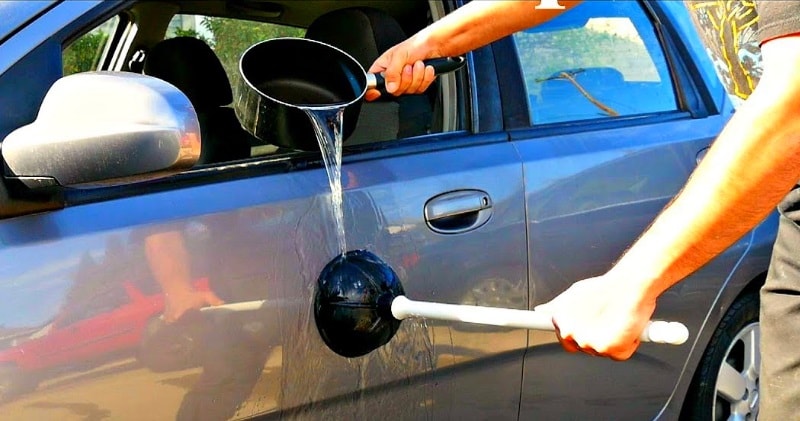 In this video I will show you whether its possible to remove dents using boiling water and a plunger. Before you try using boiling water and a plunger to remove car dents on your car you should watch this video first since under the wrong conditions you can do more harm than good with this procedure.Watch the video by Ratchets And Wrenches for more info.

All you have to do is put some water on a cup plunger which is for sinks… this won’t work with a flange variation for toilets and on the dent itself and then start going to town it, just like you would a drain.

Obviously this method won’t work for sharp or extremely large dents, but for all of your shallow, smaller dents, it’s worth pulling out the ol’ plunger and giving it a try.