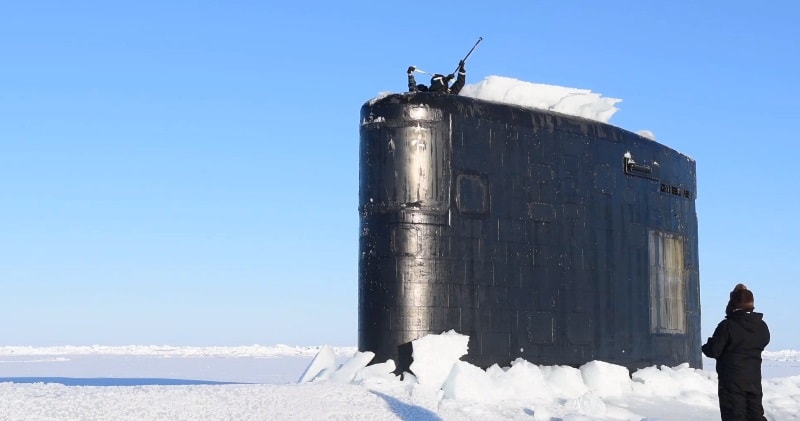 ICEX is a five-week exercise designed to research, test, and evaluate operational capabilities in the region. Submarine operations as part of ICEX provide the necessary training to maintain a working knowledge of an extremely challenging region that is very different than any other ocean in the world.

Submarines have conducted under-ice operations in the Arctic region for more than 50 years. USS Nautilus (SSN 571) made the first transit in 1958.

USS Skate (SSN 578) was the first U.S. submarine to surface through arctic ice at the North Pole in March, 1959. USS Sargo (SSN 583), which the temporary ice camp is named after, was the first submarine to make a winter Bering Strait transit in 1960.