The LifeCraft™ System consists of two main elements: The LifeCraft™ itself – a self-propelled inflatable vessel with four engines for a high degree of maneuverability and safety and a storing and launching unit, either placed on deck or built in, containing up to four LifeCraft™ units with a capacity of 200 persons each – for a total capacity of 800 persons. 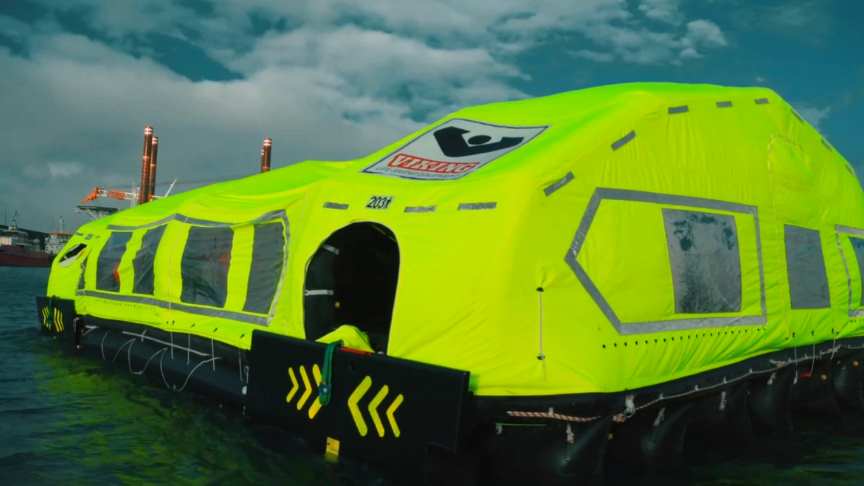 There is a gangway for stretchers, if needed.With four independent electric engines at its corners, each Survival Craft is highly maneuverable. Its ability to rapidly turn 360 degrees on the spot, which is unmatched by conventional motor-propelled survival craft.

There is built-in redundancy of capacity to that it can exceed the general capacity of the system. Minimum maintenance is required with integrated storage designed for easy servicing. It takes up less room than lifeboats, freeing up deck space.

Viking’s system includes a lifting yoke that moves the crafts into four positions, from storage to preparation for launching and into the water where it inflates.It is powered from the ship with multiple redundancies, including stored energy with accumulators or the ability to run from the ship’s emergency generators.