The Vincent Black Knight is a British motorcycle made between 1954 and 1955 by Vincent Motorcycles. A year before the factory closed in 1955, Vincent produced the enclosed range of Black Knight and Black Prince. Known as the ‘Series D’, the Black Knight was an upgraded Vincent Rapide which was fully enclosed to keep the rain and dirt from the rider. 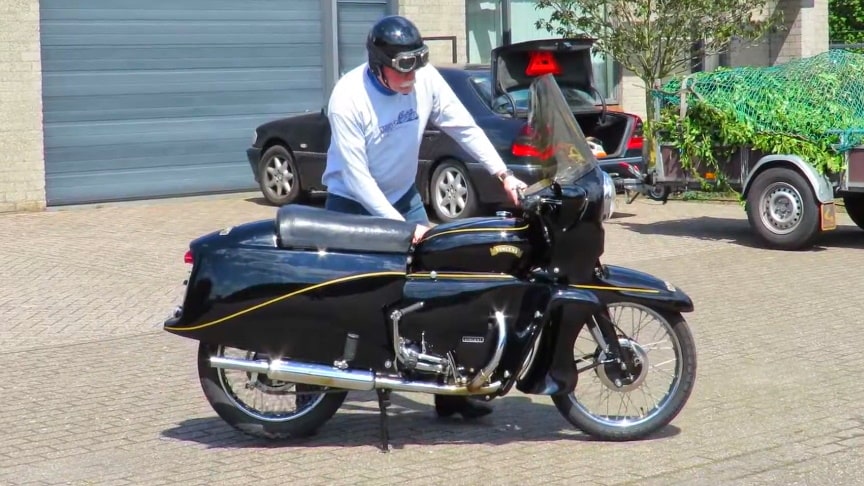 Phil Vincent described it as a ‘two-wheeled Bentley’ and the enclosed Vincents got a lot of attention at the 1955 Earls Court show. The sidepanels incorporating the legshields were mounted to integrated crash bars and were carefully shaped to channel air to the cylinders.

A new seat base and cover ensure that the rider is seated comfortably and new handlebars are fitted.The reason was not streamlining for speed, as the Vincent was already powerful enough for riders of the day – it was instead about the idea that the rider could travel to work in a suit rather than full motorcycle kit.

Care was taken to ensure that the engines were still easily accessible for general maintenance and the rear enclosure was hinged providing access to the rear wheel and drive chain. The motorcycle is powered by a 998cc V twin engine producing Power bhp at 5,750 rpm./yesterdaysnl