Zündapp was a major German motorcycle manufacturer founded in 1917 in Nuremberg by Fritz Neumeyer.The Zündapp KS600, first released in 1938, had a 28 hp (21 kW) horizontally opposed twin cylinder motor with overhead valves displacing 597 cc (36.4 cu in). The KS600 was often coupled with a Steib sidecar,The KS 600, with a top speed of about 145 kph (90 mph), was Zündapp’s fastest prewar model. 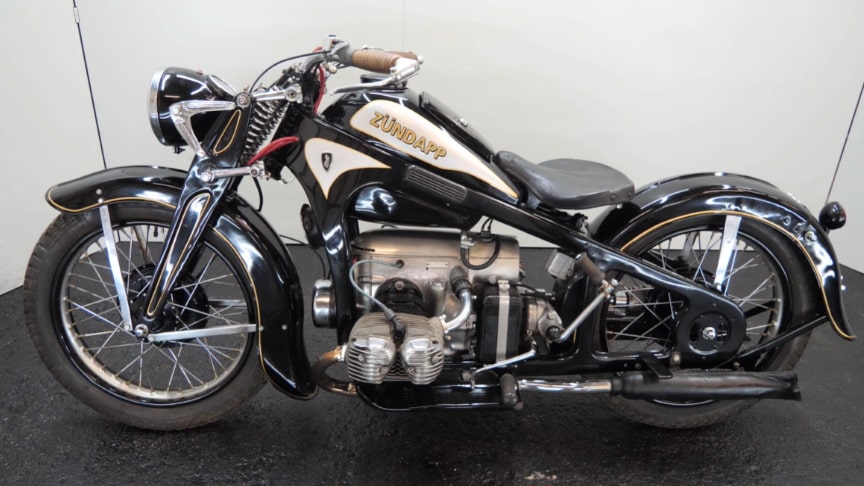 The new Zündapp range was an enormous success, and in September 1933 the firm produced its 100, 000th machine, quite an achievement after little more than a decade as a motorcycle manufacturer.

Immediately prior to the outbreak of war in September 1939, Zündapp introduced an overhead-valve twin, the KS600. The latter’s 597cc engine produced 28ps, and like the rest of the larger Zündapps the KS600 featured the chain-drive ‘gearbox’, shaft drive, and the pressed steel frame and forks.

This sturdy bike is a good runner and has much torque with its 600cc overhead valve engine. It was one of last produced pre-war KS600´s and is equipped with a practical side stand.