The third of Velocette’s overhead-valve, high-camshaft, single-cylinder designs. The MSS model was first produced in 1935, and was the third of the M-series of overhead-valve singles which included the MOV, MAC, Venom, and ultimately the Thruxton, all of which featured the high-camshaft layout. 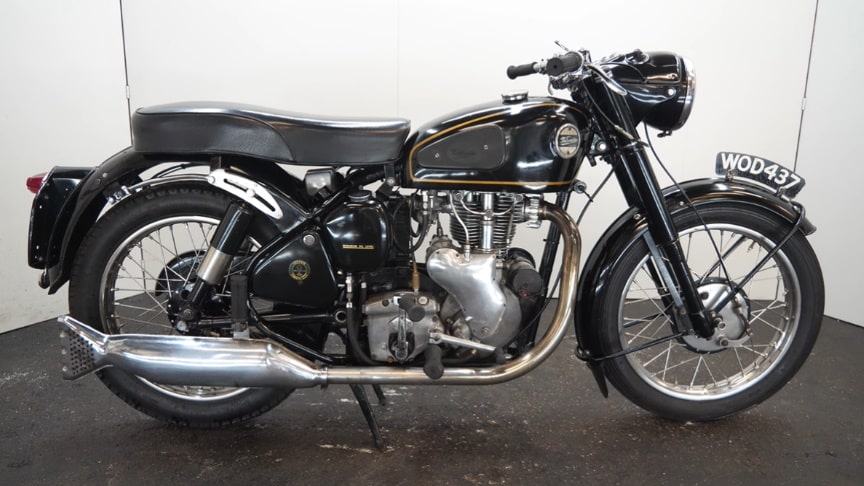 The MSS engine went into a new frame derived from that of the racing KTT. The model disappeared from Veloce Limited’s range in 1948 while the company concentrated on the LE, reappearing in 1954 with a new swinging-arm frame and Hall Green’s own telescopic front fork.

This MSS, the sporty touring bike in 500cc class is a good and reliable runner. It is in original condition and is fitted with a Smiths speedo, Amal Monobloc carburetor and Lucas Magneto./classic-motorcycle.com