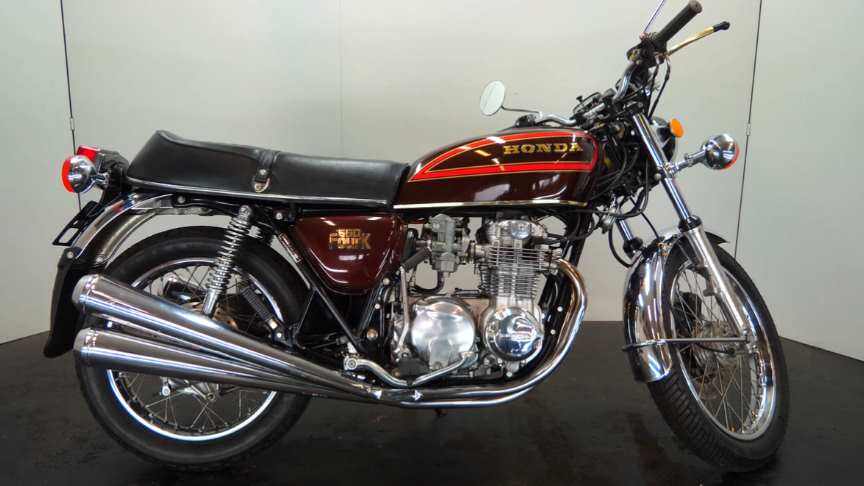 The first version, the CB550K, was a development of the earlier CB500, and like its predecessor, had four exhaust pipes, four silencers and wire-spoked wheels.

The CB550K shared some visual similarities with the CB750, and it fitted into Honda’s four-cylinder range as its mid-capacity bike.From 1975 to 1977, a second version of the CB550 was offered, the CB550F “Super Sport”.

The CB550K and CB550F were sold alongside each other, sharing a similar engine, instruments, lights, wheels, brakes, and frame. The CB550F has a lighter four-into-one exhaust, slightly flatter handlebars, and a different fuel tank without chrome trim./wikipedia