In the early 1950s BMW concentrated on refining what were essentially pre-war designs but by 1955 was ready with a brace of new machines, the R50 and R69. Of 494cc and 594cc respectively, the newcomers inherited the up-dated flat-twin engine introduced on the R51/3 a few years previously but deployed this in all-new cycle parts. 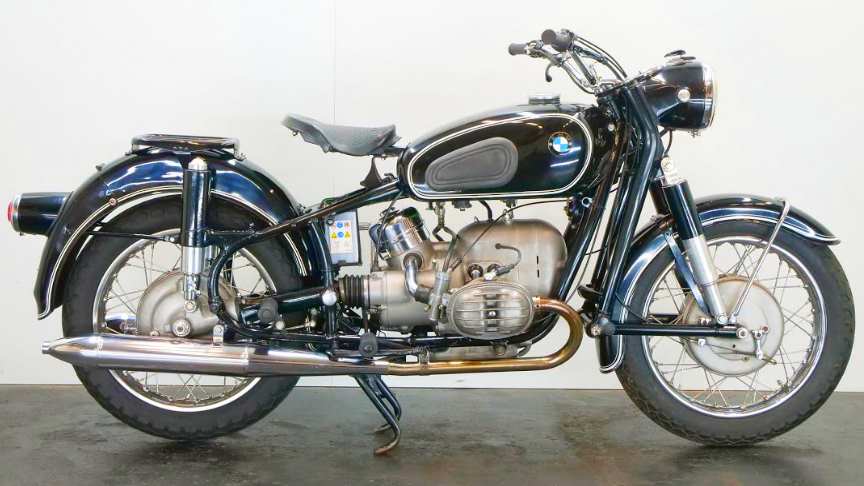 The most notable departures from preceding practice being an Earles-type leading-link front fork and swinging-arm rear suspension enclosing the driveshaft in the right leg – developments first seen on the works racers. The twins carried on with only minor detail changes for the next few years and then in August 1960 an entirely new and much improved engine was announced.

The ‘500’ continued thereafter as the R50/2 and the ‘600’ became the R69S, while a high-performance version of the former, the R50S, was added to the range. Luxury tourers, the R50 and R69 sold to discerning enthusiasts to whom expense mattered little when set against the excellence of BMW engineering.

According to the records of the BMW Archive: This bike has been manufactured on Oct.28th, 1964 and delivered on Dec.23th, 1964 to the BMW dealer Butler & Smith in New York, USA. This bike spent some of its time in USA and afterwards back to Europe/UK and found years later its way back home to Germany. This R50/2 runs very smooth it is a reliable bike.via/read more: classic-motorcycle.com