After moving nearly a dozen times in 5 years, Arielle wanted a place to call her own. Now she is experimenting with alternative housing options and has started by buying and living in a renovated camper trailer. She invested $6,000 CAD to buy the RV and says it will be paid for in 2 seasons (the equivalent of paying $900/month on rent). 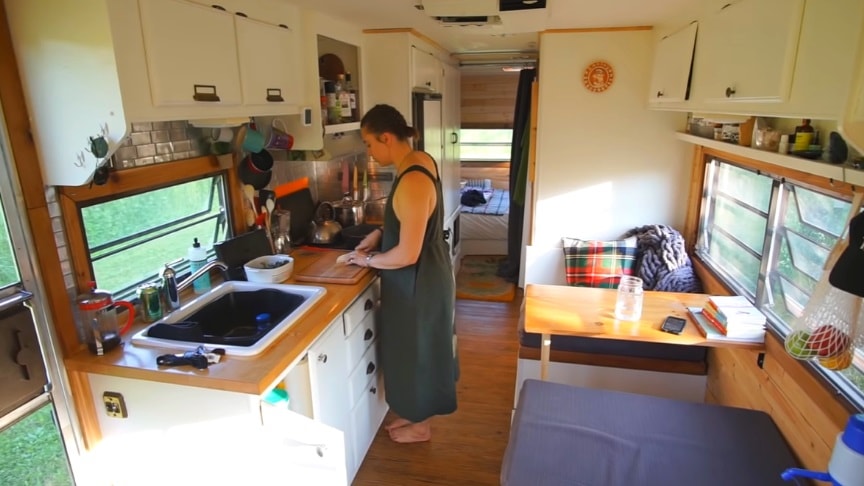 She can then choose to try and make it through the winter in the trailer, or she can house sit, rent a room, or stay with friends during the colder months.Arielle says that saving money was not the main reason she bought the trailer, but it is a nice benefit. She really wanted to own her own space, and to live outside the city./Exploring Alternatives

She asked around to find out if anyone would be willing to let her park the camper on their property and found an older woman living on an inactive farm who doesn’t mind having her parked at the back of the property. Arielle pays $200/month to contribute to the hydro bill and to cover the cost of her staying there.

She gets electricity from an extension cord for lights and A/C, she uses propane for her stove and a small heater, and she brings in 5-gallon jugs of water for drinking and washing dishes. She can shower at work, or at the gym, and she has a dry toilet in the RV that separates liquids and solids.