Turbocharged engine design. Working process of a turbocharged car engine. How a turbine and compressor works? Why is air cooling in an intercooler necessary?A turbocharger, formally a turbosupercharger and colloquially known as turbo, is a turbine-driven, forced induction device that increases an internal combustion engine’s power output by forcing extra compressed air into the combustion chamber. 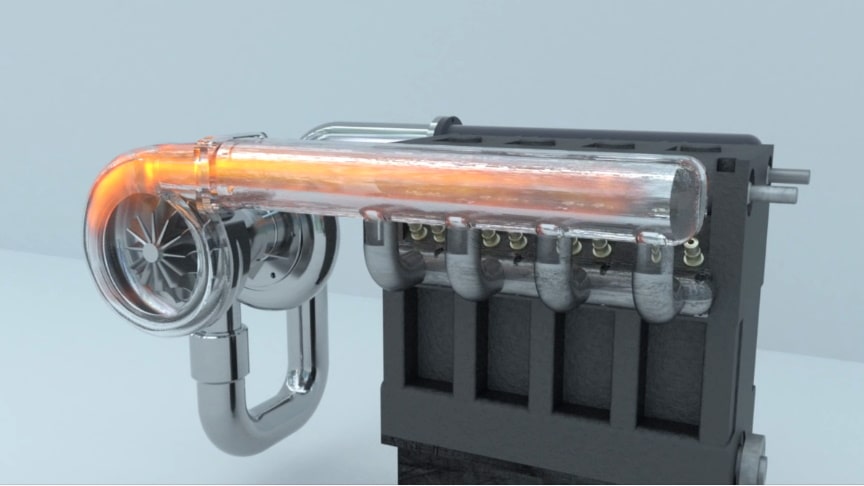 This improvement over a naturally aspirated engine’s power output is because the compressor can force more air—and proportionately more fuel—into the combustion chamber than atmospheric pressure.The objective of a turbocharger is to improve an engine’s volumetric efficiency by increasing the pressure of the intake gas usually air allowing more power per engine cycle.

The turbocharger’s compressor draws in ambient air and compresses it before it enters into the intake manifold at increased pressure.This results in a greater mass of air entering the cylinders on each intake stroke. The power needed to spin the centrifugal compressor is derived from the kinetic energy of the engine’s exhaust gases.

In petrol engine turbocharger applications, boost pressure is limited to keep the entire engine system, including the turbocharger, inside its thermal and mechanical design operating range. Over-boosting an engine frequently causes damage to the engine in a variety of ways including pre-ignition, overheating, and over-stressing the engine’s internal hardware..wikipedia