Cassie the robot, invented at the Oregon State University College of Engineering and produced by OSU spinout company Agility Robotics, has established a Guinness World Record for the fastest 100 meters by a bipedal robot. 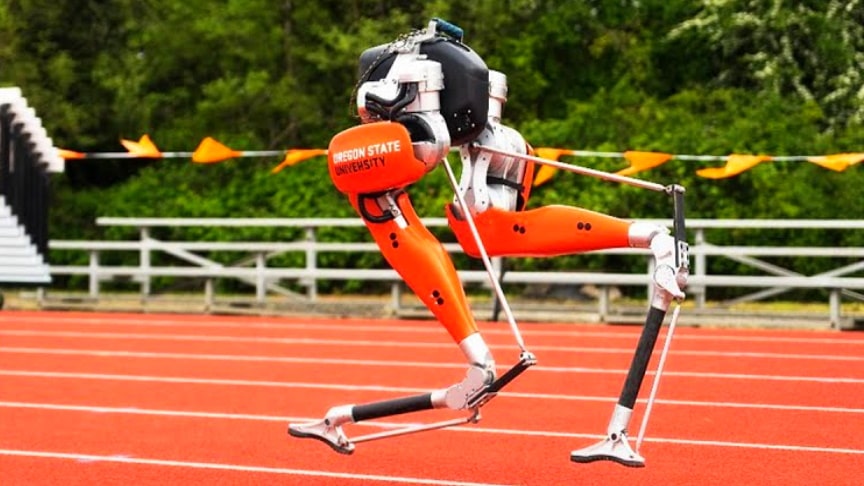 Cassie clocked the historic time of 24.73 seconds at OSU’s Whyte Track and Field Center, starting from a standing position and returning to that position after the sprint, with no falls.

Cassie was developed under the direction of Oregon State robotics professor Jonathan Hurst with a 16-month, $1 million grant from the Defense Advanced Research Projects Agency, or DARPA.

Cassie was trained for the equivalent of a full year in a simulation environment, compressed to a week through a computing technique known as parallelization – multiple processes and calculations happening at the same time, allowing Cassie to go through a range of training experiences simultaneously.via/read more: oregonstate.edu