A TEXAN truck driver has created the world’s largest barbecue pit on wheels. Terry Folsom has been in the trucking business for over 30 years. 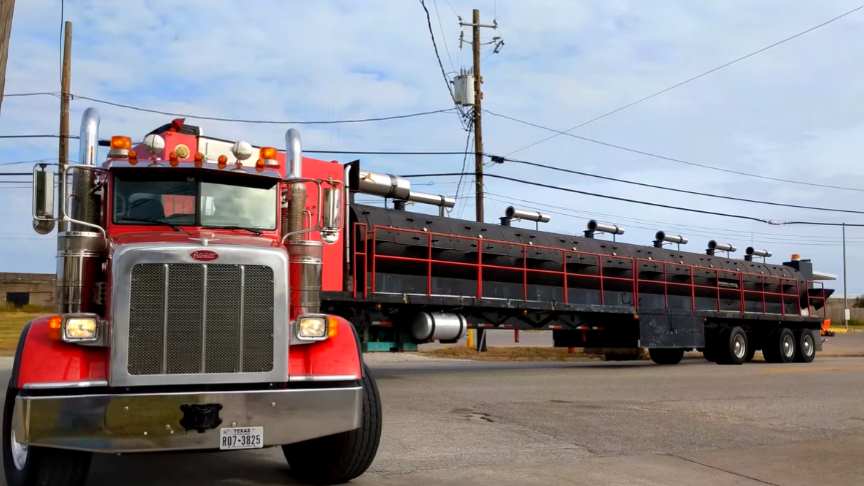 Terry combined his passion for smoking meat and trucks to produce this one-of-a-kind vehicle.The details on this monstrosity are impressive, if entirely ridiculous.Stretching 75 feet in length, ventilated by seven smokestacks, the capacity of the thing is 4 tons of meat.

It has 24 pit doors (12 on each side), seven smoke stacks, a walk-in cooler near the front,The thing is so large that it requires a special permit and escort just to drive down the road.

It weighs 40 tons, is ventilated by seven smokestacks and has a low-mileage 18-speed Peterbilt that has been hauling it around the country. It’s big enough to keep beverage nice and cold so the party can go on for the whole night./Barcroft Cars

Inside NASA’s Solid Rocket Booster For The Space Launch System