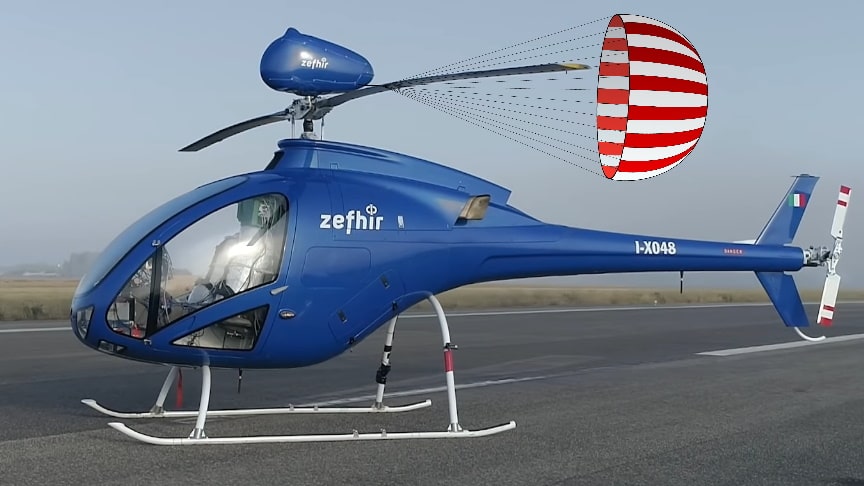 Installed above the main rotor, the parachute is designed as a backup for conditions where autorotation cannot be performed, such as:flight control failure or loss of maneuverability,flying over an area where emergency landing cannot be performed safely,flight conditions that prevent restoring rotor rotation speed.

During the test, the engine was turned off to simulate failure after the helicopter reached forward flight at 30 knots above 300 meters of altitude.The helicopter’s descent speed stabilized at less than 7.5 meters per second (27 kph),” Zefhir said

The helicopter lands with the engine and rotor fully stopped: a condition that helps to prevent dangerous situations for the crew and for the potentially involved third parties.If you can, autorotate. But if you can’t, the parachute will save your life!/Zefhir