The Zündapp KS 600 was a motorcycle model from the Zündapp works in Nuremberg .The engine had a two-cylinder four-stroke boxer engine with a British Amal carburetor, a 6- volt ignition light system, a multi-plate dry clutch , a four-speed gearbox and a cardan drive . According to the operating instructions, switching was carried out either by hand or by foot. 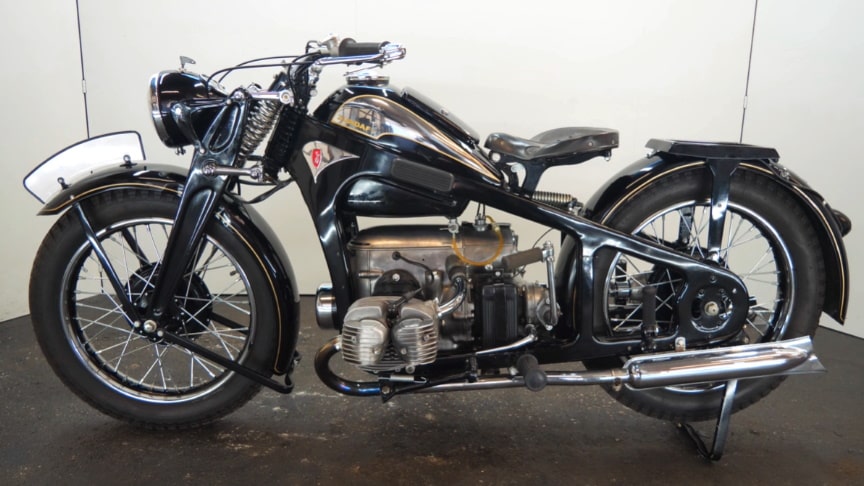 The ignition could be adjusted by hand. The front wheel hung on a trapezoidal fork with two compression springs and initially a friction shock absorber, later a hydraulic damper. Except for the fork, only the saddle was sprung with two springs. The frame was rigid at the back.

The tank held 15 liters, which enabled a range of up to 300 kilometers with a consumption of around 5 liters per 100 kilometers. For operation in the field with a sidecar, around 10 liters was calculated. The tires were 3.5 × 19 “.

This sturdy bike is a good runner and has much torque with its 600cc overhead valve engine. It was one of last produced pre-war KS600´s and is equipped with a practical side stand.classic-motorcycle.com