The new generation of ZURI VTOL is here! ZURI unveiled the next generation of its hybrid VTOL aircraft on January 20th, 2022. The ZURI team used the experience gained from developing the previous generation and data from demonstrator testing to create this fantastic aircraft. 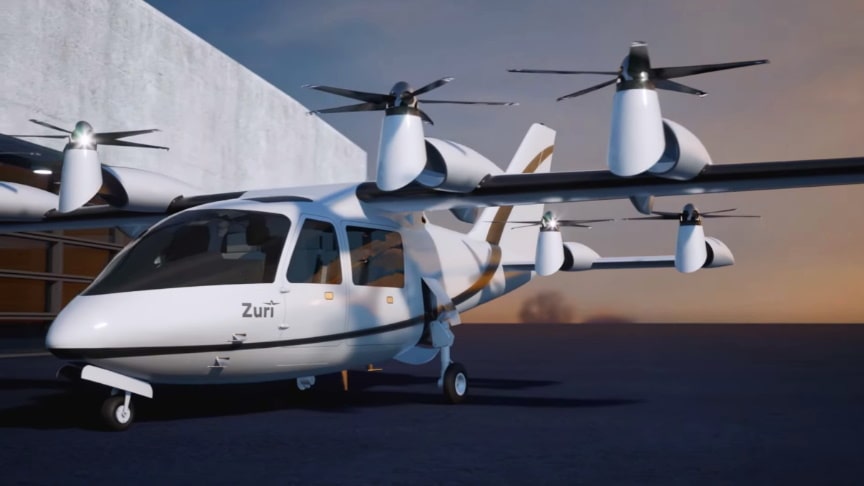 Zuri is equiped with four propulsion units in the front and four in the back tilt between vertical and horizontal positions. These electric motors form a distributed electric propulsion system which is fully redundant. Even with a failure of any component, safe flight is guaranteed.

Zuri has a turbine coupled with a generator onboard. This system provides electric energy throughout the whole flight and allows Zuri to achieve range several times greater than any eVTOL.

In September 2021 we had our first flight test. A short hover up to 3 meters of altitude. Stay tuned, more tests will come!Zuri intents to build a hybrid vertical takeoff aircraft with 700+ km range.

The battery packs consist of modern lightweight lithium cells. There are several independent battery boxes, which are individually monitored and protected by an intelligent battery management system. The boxes are equipped with fireproof insulation for maximum safety.//zuri