Full tour of a DIY micro cabin built inside of a used shipping container. We spent a night sleeping in this tiny house at the Repère Boréal eco resort in Quebec, Canada.via: Exploring Alternatives 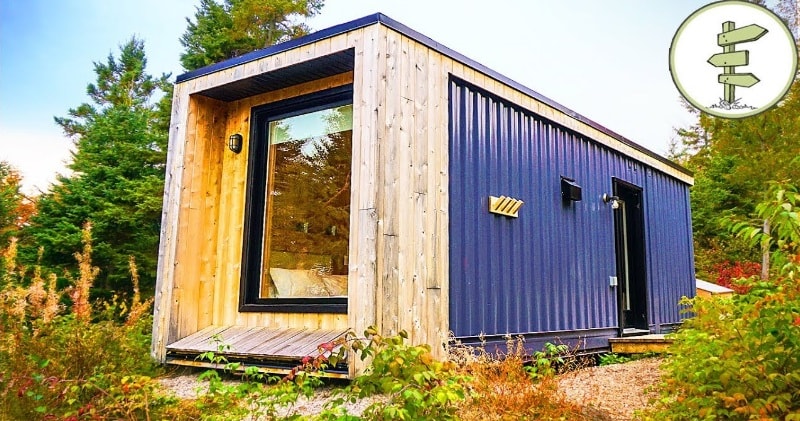 The shipping container was originally a 53′ long shipping container that they purchased used (it used to be a Canadian Tire container, one of our favourite stores!) and they cut it in half to create two identical cabins.read more: Exploring Alternatives

They insulated the container with foam boards, they heat it with an electric baseboard, and they have a Sun-Mar composting toilet.The Repère Boréal eco resort is a gorgeous space created by two brothers, Simon and Jonathan

Their father had originally bought the land to start a campground but he passed away before the project could begin. The two brothers decided to build on his dream and have created several inspiring tiny cabin designs.