The Dominator is a twin cylinder motorcycle developed by Norton to compete against the Triumph Speed Twin. The first Dominator, the Model 7, had a 497 cc parallel twin engine with iron cylinders and cylinder head and a Lucas K2F magneto. 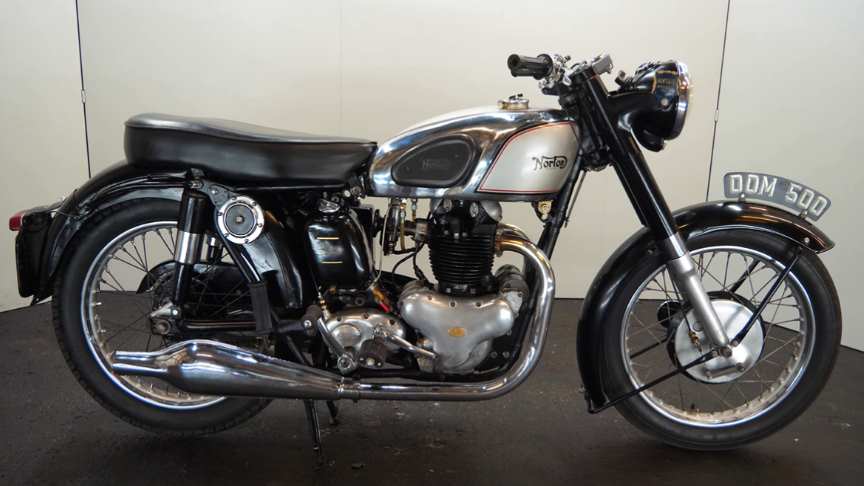 The crankshaft was of 360-degree layout with two main bearings. A single camshaft at the front of the engine was driven by gears and chain. The rocker box was integral with the head, so there were fewer gasket faces to leak and less valve noise.

For the first few years a plunger frame was used, but in 1953 the Model 7 was upgraded with a single downtube swinging arm frame, 19-inch front wheel and ‘pear shaped’ silencers, still known as a Model 7.The Model 7 continued in production through to 1955 and was often used with a sidecar, which could not be fitted to the later Featherbed frame Dominators./wikipedia