The Matchless G80 is a single cylinder 500 cc British motorcycle built by Associated Motorcycles (AMC) between 1946 and 1966. During the 1950s and 1960s, the main export product for AMC was the AJS/Matchless range – the road bikes were very similar, often with only the badges distinguishing one marque from the other; the equivalent AJS being the Model 18. 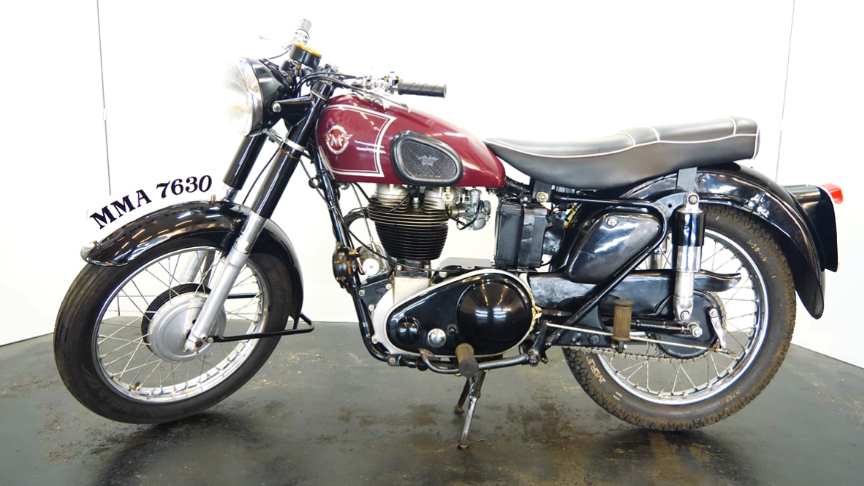 The bore of these early G80CS’s was 82.5 mm (3.25″), while the 1956 through 1966 “short stroke” (final version) models had a bore of 86 mm.The engine is housed in a rigid frame with Teledraulic front fork, the ruggedly built overhead-valve engine drove via a four-speed gearbox.

Hairpin valve springs were adopted for 1949 and a swinging-arm frame introduced, the latter initially for export only but available in the UK from 1950./classic-motorcycle.com