A supercar inspired by aviation!! Yes you heard us right. Keeping in touch with its aeronautic roots, Bell & Ross launches the AeroGT concept car. Extremely low (1.10 m) and aerodynamic, the 4.7 meter-long car seems to split the air like an arrow. 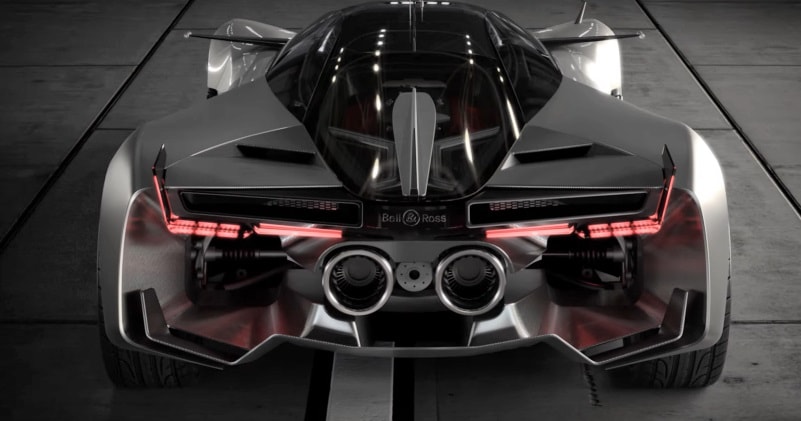 Its pointed forms with sharp angles and cutting overhangs are reminiscent of some stealth aeroplanes. All it needs to take off is a pair of wings. The Aero GT is “imagined” to have, situated behind the passenger cell, a 4.2-litre twin-turbo V8 that churns out around 455kW of power. 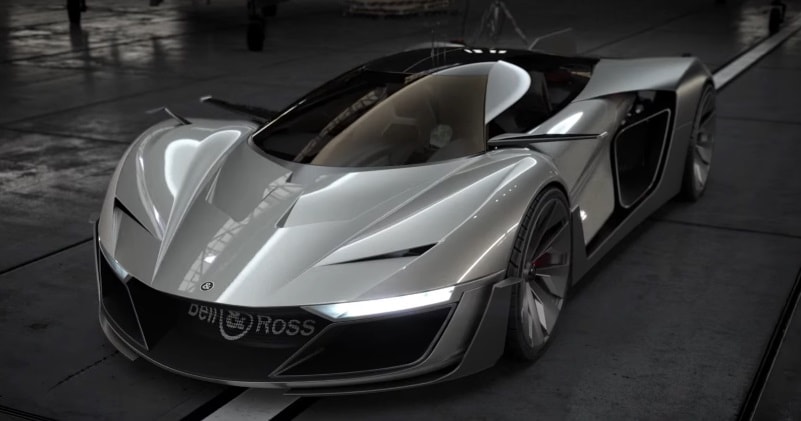 All it needs to take off is a pair of wings. When seen from above, the drop-shaped glass roof recalls the glass cover of a jet cockpit. Meanwhile the razorthin wing mirrors are inspired by the small wings called «canards» placed on the nose of a fighter.

The two unusually sized exhaust pipes evoke turbojet engine exhausts, while the turbine-style rims imitate the vanes of supersonic aircraft engines. But the most impressive detail is the rear longitudinal aileron, which is reminiscent of an aircraft’s vertical stabilizer. The role of this element is to stabilize the racing car when performing quick turns.