Despite the scarcity of raw materials, bicycles and motorcycles were built during the First World War. After the end of the war, things got off to a hesitant start again, with cheap foreign machines being sold. Condor reacted to this with new technology, the 250cc moto chassis with MAG engine and 3-speed gearbox was sold 3000 times in the 1920s. 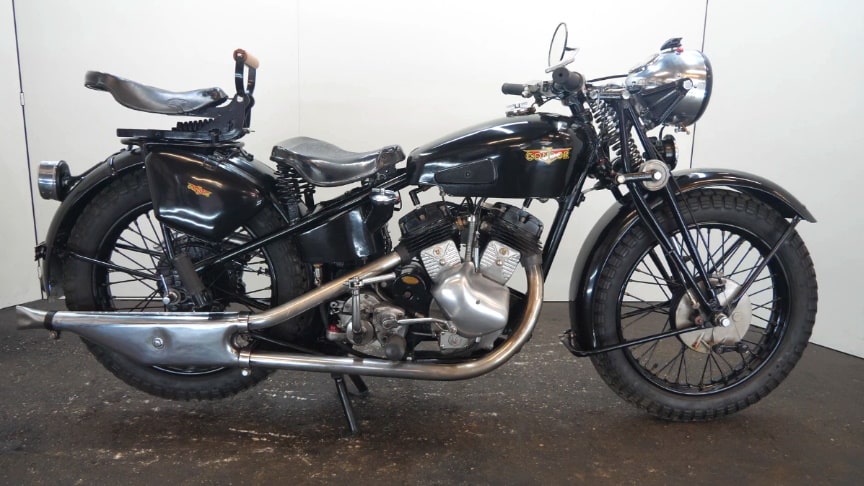 In 1925 there were eleven different models with different engines. Condor produced gearboxes, hubs and frames. The engine and the ignitions were purchased. The 249, 349 and 497cc singles and the 449, 749 and 998cc 45 degree V-twins were manufactured by MAG. The 2-stroke engines for the small motorcycle “Condorette” came from Zedel and Villiers, with 147, 172 and 198ccm.

The Second World War complicated production. A single-cylinder machine, the A540, and the V2-A680 in cooperation with Universal/Oberrieden were built in small numbers for the army. The larger Universal A 1000 was built in Oberrieden without the involvement of Condor.

The motorcycle is equipped with a Scintilla lighting system, Alpha speedo and a OBA carburetor. This Condor A680 guarantees driving pleasure and pure emotions with the 677cc V-twin engine./classic-motorcycle.com