New Imperial was a British motorcycle manufacturer founded by Norman Downes in Birmingham,between 1887 and 1901, and became New Imperial Motors Ltd in 1912, when serious production commenced. 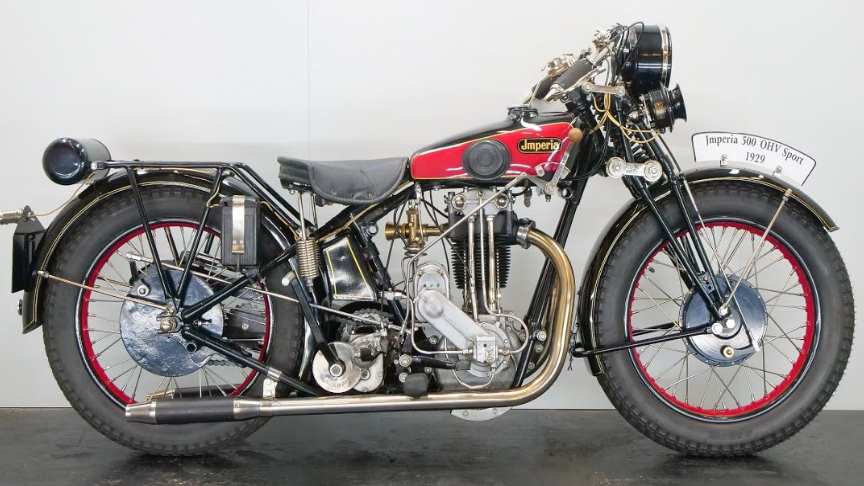 This fine Imperia is fitted with a Bosch lighting set, Bosch horn, Bosch MagDyno, B&B carburetor, steering damper and speedo. It has been restored in 2019 to high standard.read more: classic-motorcycle.com

In 1932, New Imperial started to use unit construction, where the engine crankcase and gearbox are incorporated in the same casting. They made a Unit Minor 150 and Unit Super 250. They continued to use unit-construction, and some models used Bentley and Draper sprung frames, in an era still dominated by rigid frames.