Magnat-Debon, founded by Joseph Magnat and Louis Debon, was at first based in Lyon, France and later in Grenoble, capital of the French Alps. They made bicycles in an ultra-modern, self-contained factory from 1893 and motorcycles from 1902, both in the same black and green color-scheme, powered by both two- and four-stroke engines. 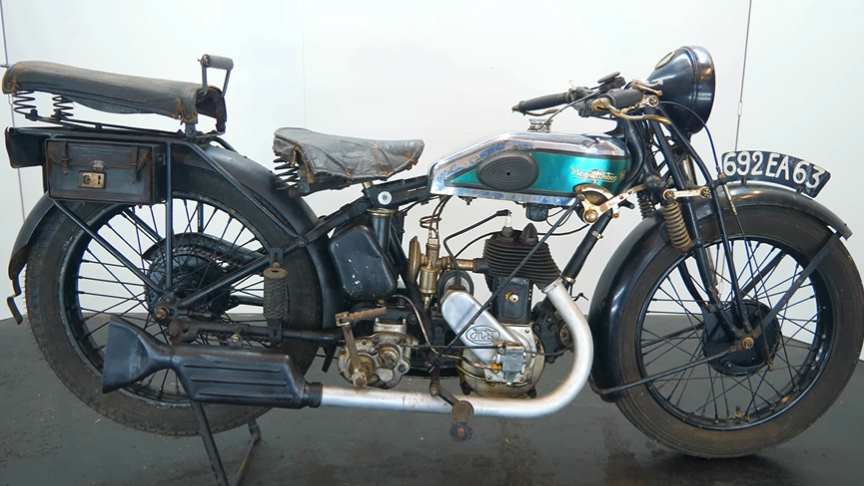 The factory became part, in 1923, of the large Terrot cycle and motorcycle empire based in Dijon. By 1929, Magnat-Debon was a ‘sous-marque’ of Terrot whereby Terrot bikes would be the latest models, Magnat Debon being identical but a season later and lower priced.

The strength of Magnat-Debon was their between-wars, touring range, the side-valves, such as this one, being light, frugal and immensely reliable.This lovely MOSC bears a lot of wonderful patina and is equipped with lighting set and a pillion seat./classic-motorcycle.com