At the beginning of the 1930s, small Fichtel & Sachs engines with 74cc capacity were now available. As early as the 1920s, Presto had gained some experience with the DKW Reichsfahrtmotor and from 1930 became one of the first producers of motorized bicycles. Numerous other models followed. 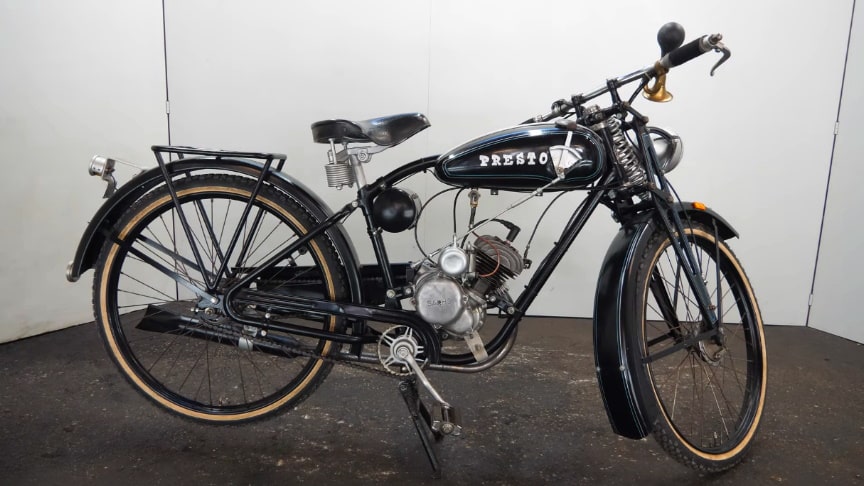 With the use of larger 98cc engines, Presto also briefly used ILO engines with kick starters for its own vehicles in 1938-1939. At the end of the 1930s, Presto also had to switch to armaments production in two departments. In addition to bicycles, track chains and transmissions for Wehrmacht armored vehicles were also manufactured.

From 1943, bicycle production was completely discontinued in favor of chain production, which remained almost the only field of activity for Prestowerke until the end of the war in 1945. In the end, the remaining materials had to be handed over to the Elite Diamant-Werke in Siegmar-Schönau, for a long time one of the biggest competitors of the Presto-Werke.

The motorcycle is completely ready to ride in first gear. The second gear needs an overhaul. The original type plate on the motorcycle and on the engine are present./classic-motorcycle.com