Royal Enfield was a brand name under which The Enfield Cycle Company Limited of Redditch, Worcestershire sold motorcycles, bicycles, lawnmowers and stationary engines which they had manufactured. 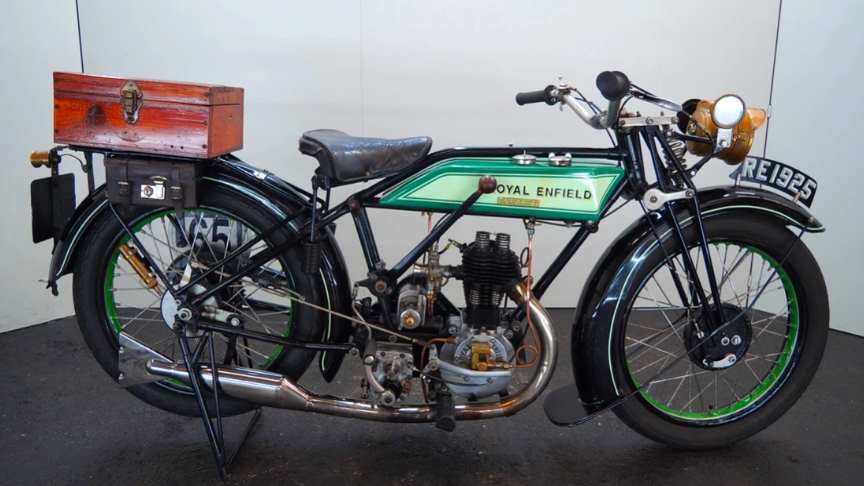 The first Royal Enfield motorcycle was built in 1901. The Enfield Cycle Company is responsible for the design and original production of the Royal Enfield Bullet, the longest-lived motorcycle design in history.

In 1928, Royal Enfield began using the bulbous ‘saddle’ tanks and centre-spring girder front forks, one of the first companies to do so.