Terrot of Dijon was the largest motorcycle manufacturer in France for much of the first half of the twentieth century, having absorbed Magnat-Debon in the late 1920’s. During the early 1920s Terrot built JAP powered 350cc machines with 2 speed gearboxes. 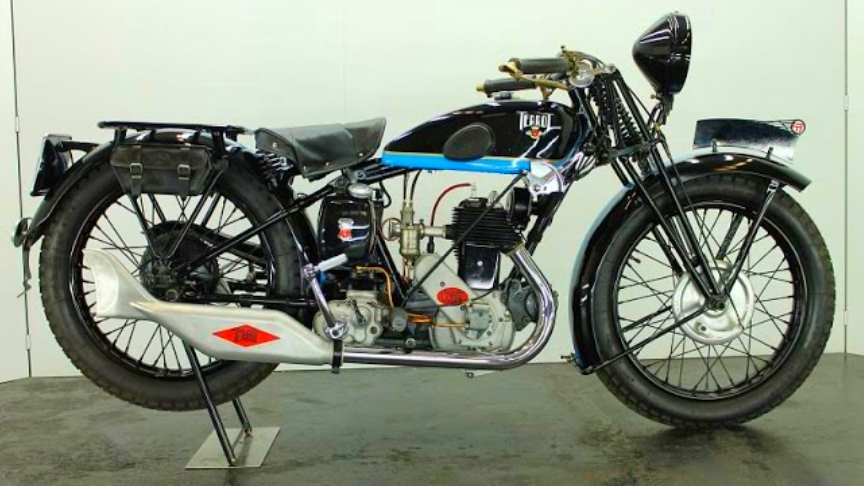 The G model, introduced at the Paris Salon of 1925, came in two versions, the Sport and Touriste. Later that year the H model appeared with a Terrot engine and much improved front suspension./via/read more: classic-motorcycle

The late twenties also saw the production of a Blackburne powered 174cc racing bike, and in 1937 another racing model had a transverse V-twin of 498cc.

After WWII they built a range of ohv singles up to 500cc in capacity, a number of two-strokes and some rather nice scooters. In the 1950s they almalgamated with the Automoto Group under Peugeot and the name Terrot faded out.This 1934 model has a complete electrical equipment and it´s a good runner.//classic-motorcycle