Zündapp was a major German motorcycle manufacturer founded in 1917 in Nuremberg by Fritz Neumeyer.Following World War II, Zündapp expanded into the microcar, moped and scooter markets. The company collapsed in 1984. 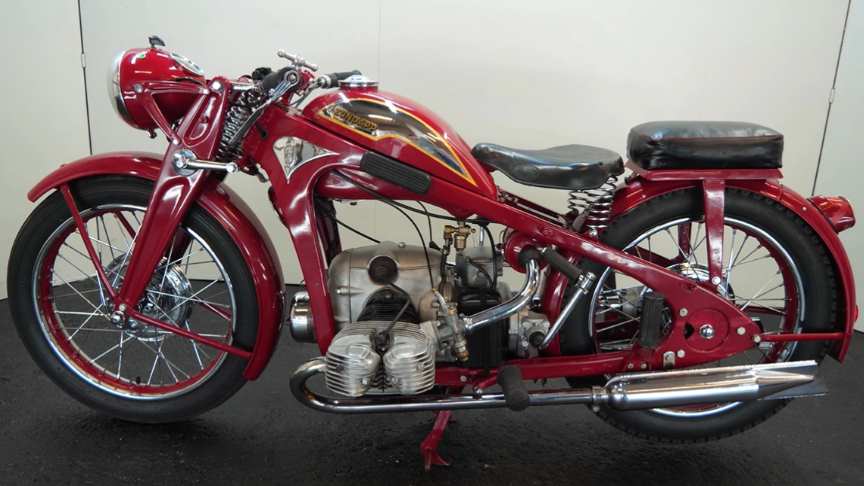 From 1936 to 1938 Zündapp produced the KKS500 model. This was the first Zündapp with a foot gear change, and 170 examples were built.At that time there were 3 different frames at Zündapp.

The KK model series had the little box frame. These frames were produced for smaller engines and sporting purposes. Zündapp’s history of heavy motorcycles began in 1933 with the K-series.

The “K” refers to the type of drivetrain that these models used, Kardanantrieb, meaning enclosed driveshaft with two universal joints. Zündapp introduced the enclosed crankcase (then a novelty). The series encompassed models from 200 to 800 cc displacement.