This is a Model 720 from Miele, a German manufacturer of domestic appliances. But between 1924 and 1960, they produced bicycles and motorcycles in their plant in Bielefeld. In 1924 Miele introduction in bicycle production at the Bielefeld factory. 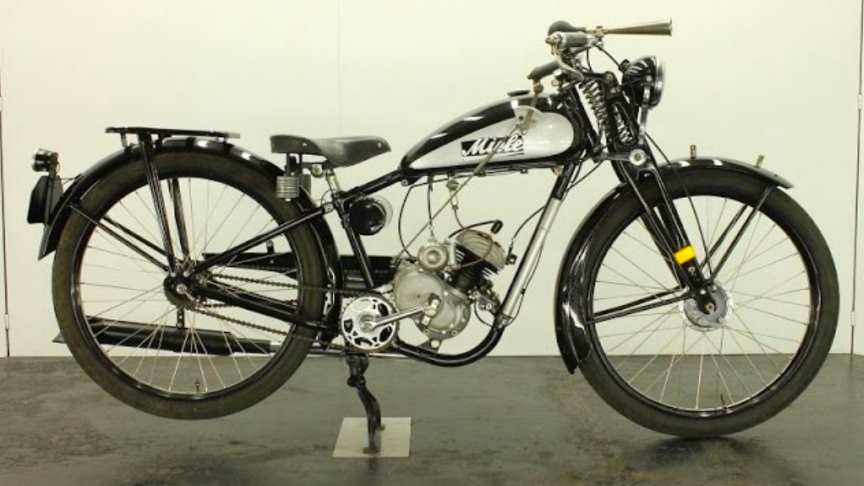 Top speed was about 60km per hour. The Miele 720 comes with the original tool kit and a tire pump, as well as some spare parts like the headlight bezel, spark plug, tail lamp, and more.