Douglas was a British motorcycle manufacturer from 1907–1957 based in Kingswood, Bristol, owned by the Douglas family, and especially known for its horizontally opposed twin cylinder engined bikes and as manufacturers of speedway machines. 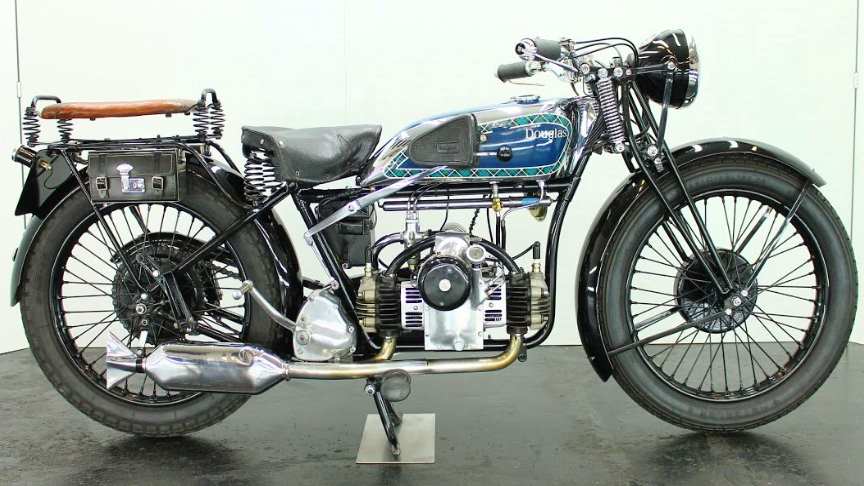 Brothers William and Edward Douglas founded the Douglas Engineering Company in 1882. From 1907, a 350 cc Douglas version was on sale.

During World War I, Douglas was a major motorcycle supplier, making around 70,000 motorcycles for military use. In the 1920s, Douglas built the first disc brakes. Douglas motorcycles also became popular in dirt track racing. The motorcycle designs were gradually increased in size and power with 500 cc and 600 cc engines in the late 1920s and early 1930s.

On 1933 Douglas use dogs names for some models: the 500cc becomes the name “Bullog” and the 600cc the name “Greyhound”.This Douglas was featured in “British Classics” magazine (June 2012 edition). It is a breathtaking beauty with a silky smooth running engine./classic-motorcycle