Originally established in 1861 as an armaments manufacturer, The Birmingham Small Arms Company switched to making components for the bicycle industry in 1878 following a Government-induced downturn in the arms market. 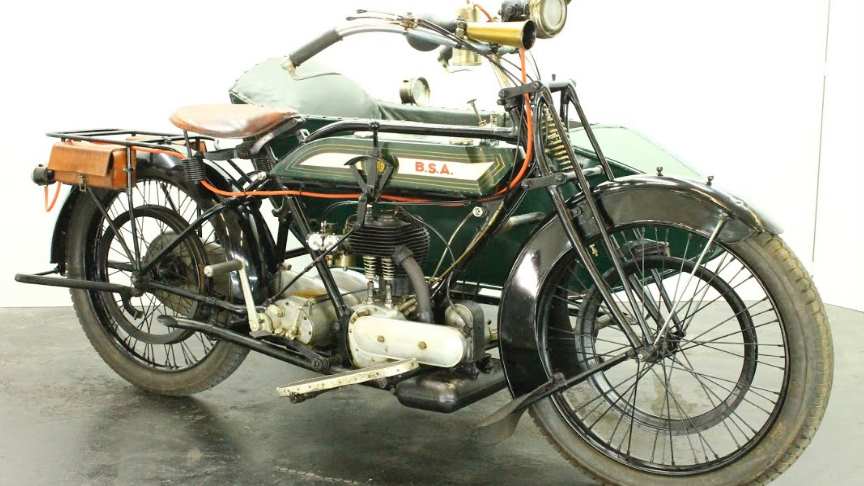 This first motorcycle made by BSA used a proprietary engine – probably the Belgian Minerva – clipped to the front down-tube, but it was not until 1910 that the firm introduced a model entirely of its own design and manufacture.

The first series-production motorcycle to feature the marque’s distinctive green and cream tank colours was a 499cc (3½hp) sidevalve single, built initially with single-speed, belt-drive transmission and later on with a three-speed countershaft gearbox.

For 1914 the range was augmented with a 557cc (4¼hp) long-stroke version featuring a strengthened frame and the new three-speed gearbox, which was designated Model K if fitted with chain-cum-belt transmission or Model H with fully enclosed all-chain drive.This BSA H 557cc has the appropriate engine for sidecars. It has with its Watsonian sidecar many of charm, lovely details and patina. The engine do his job very well and runs smooth.via/read more: classic-motorcycle.com