The Japan Aerospace Exploration Agency (JAXA) and Toyota announce their agreement to consider the possibility of collaborating on international space exploration. 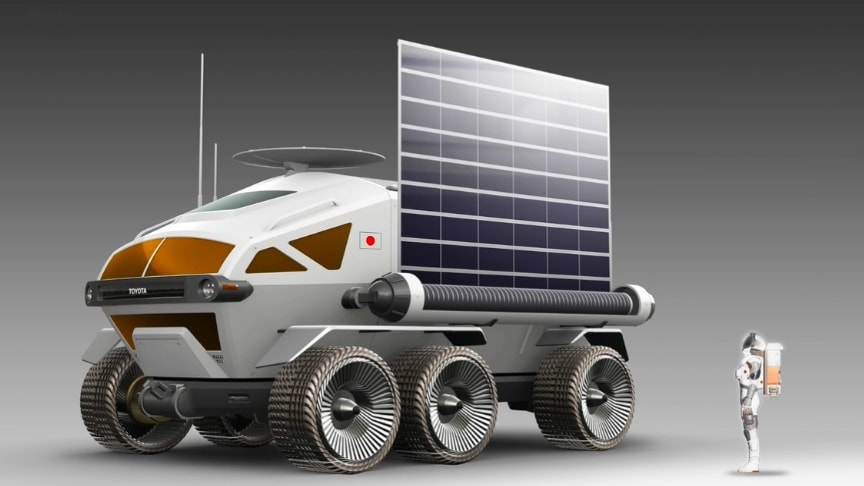 As a first step, JAXA and Toyota have reached agreement to further cooperate on and accelerate their ongoing joint study of a manned, pressurized rover that employs fuel cell electric vehicle technologies.

Such a form of mobility is deemed necessary for human exploration activities on the lunar surface. . Roughly the size of two mini buses, the Toyota-JAXA lunar rover will be about 20 feet long.The rover will use solar arrays and fuel cells to generate and store power.

It will land on the moon before a human expedition arrives, and drive to meet them.Even with the limited amount of energy that can be transported to the moon, the pressurized rover would have a total lunar-surface cruising range of more than 10,000 km.